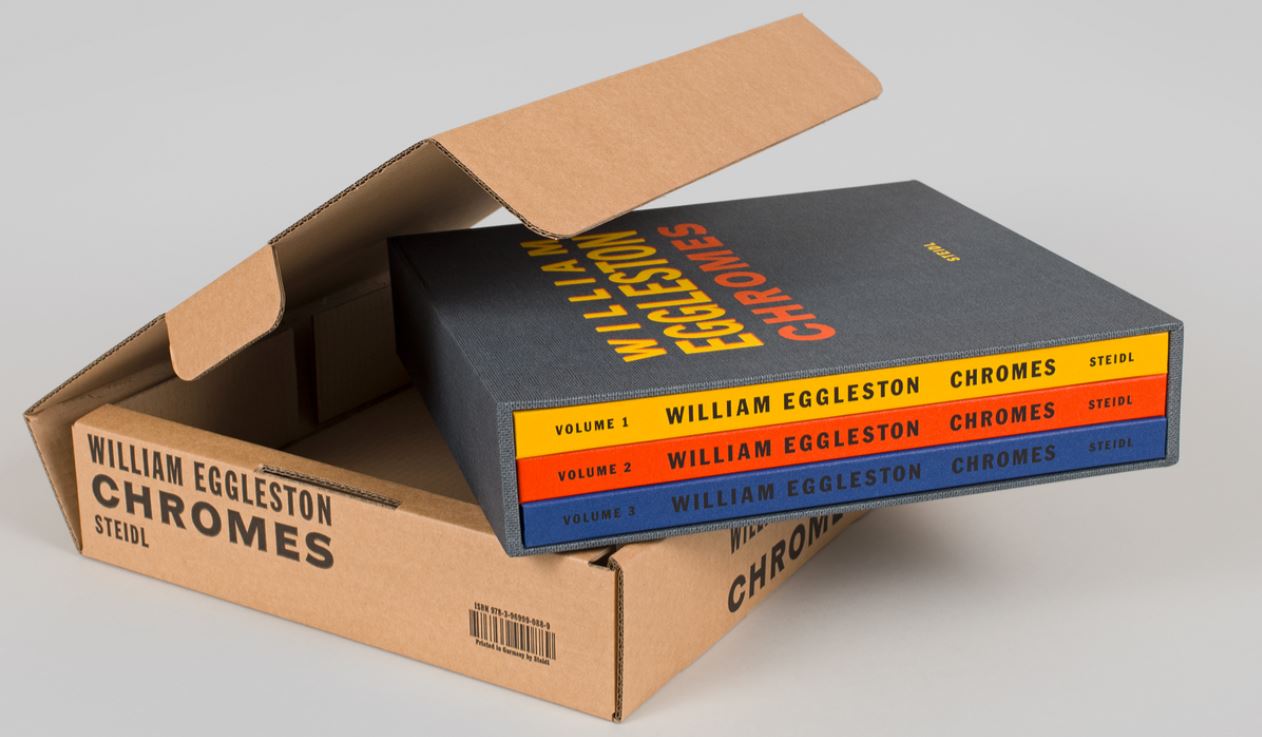 This is the long-awaited reprint of William Eggleston’s Chromes, the first in the ongoing series of boxed sets published by Steidl examining the entirety of Eggleston’s seminal œuvre. Eggleston’s standing as one of the masters of color photography is widely acknowledged. But the gradual steps by which he transformed from an unknown into a leading artist are less well known. Chromes is an edit of more than 5,000 Kodachromes and Ektachromes taken from ten chronologically ordered binders found in a safe at the Eggleston Artistic Trust. This archive had once been used by John Szarkowski who selected the 48 images printed in Eggleston’s seminal book William Eggleston’s Guide, while the rest of the archive has remained almost entirely unpublished. This book presents Eggleston’s early Memphis imagery, his testing of color and compositional strategies, and the development towards the “poetic snapshot.” In short, Chromes shows a master in the making.