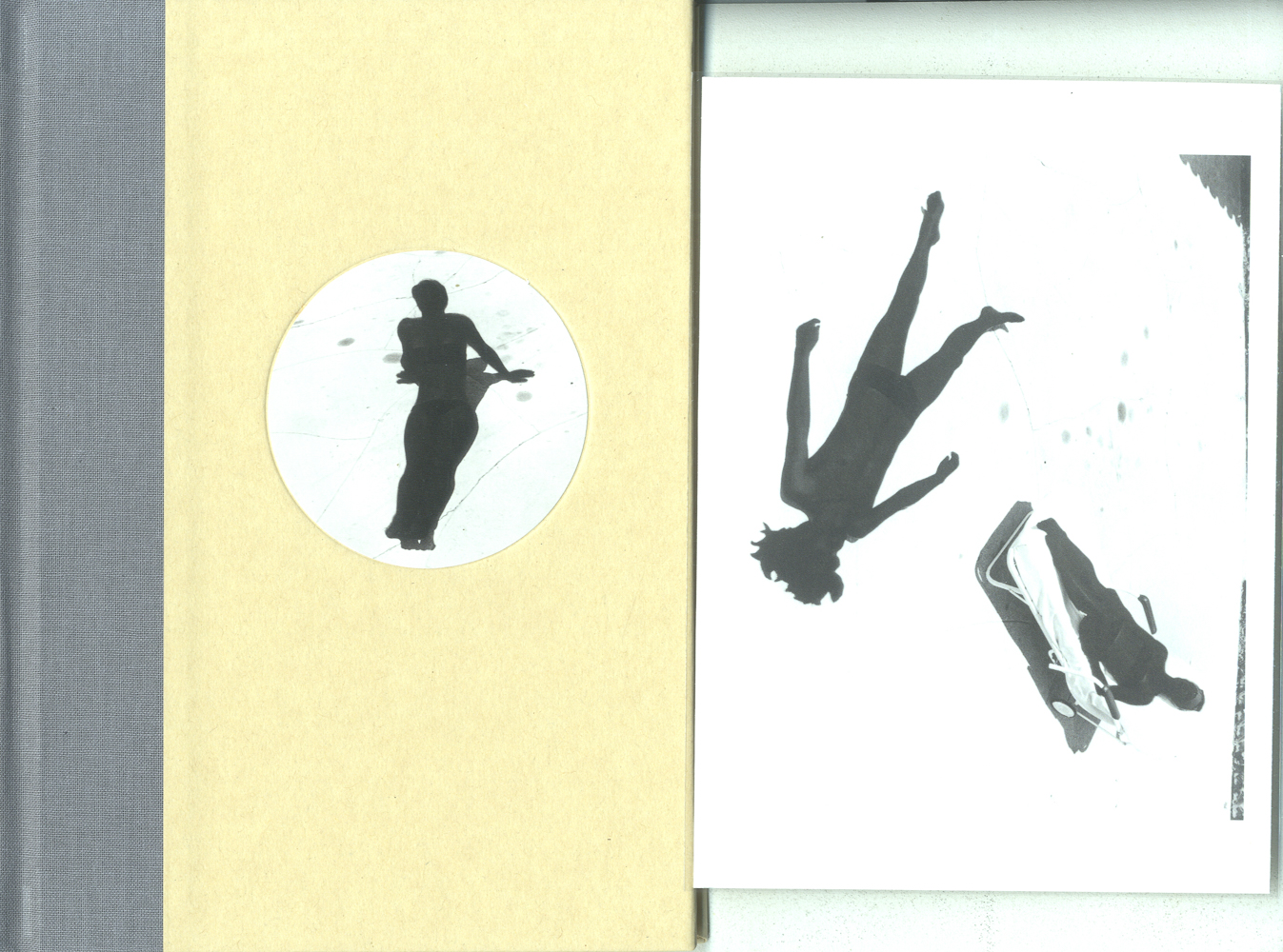 Jo Ann Callis created her “Black Sun” photographs in 1976. Comprising 9 images of bodies in near-silhouette lounging poolside under a glaring sun, the work was made in part as a response to the artist’s attraction to film noir shadows. However, as the work progressed, Callis found the one-dimensionality of the shadows limiting; she therefore allowed faint details in the figures to remain visible. The artist later wrote, “Something about lying on hot hard cement was appealing; the lighting is natural and not made to look expressive. Just bright sunlight on white cement gave enough discomfort to suit my taste. Now dark and unsettling lighting went to light and unsettling.”

Jo Ann Callis was born in Cincinnati, Ohio and relocated to Los Angeles in 1961. She enrolled at UCLA in 1970 where she began taking classes with Robert Heinecken, among other prominent artists. She started teaching at CalArts in 1976 and remains a faculty member of the School of Art’s Program in Photography and Media. She has continued to photograph, draw, and paint, and her work has been widely exhibited in such venues as the Museum of Modern Art, New York; Los Angeles County Museum of Art; Hammer Museum; the Museum of Contemporary Art, Los Angeles; the San Francisco Museum of Modern Art and many others.

In 2009 a retrospective of her work, Woman Twirling, was presented by the J. Paul Getty Museum, Los Angeles. Callis has received three NEA Fellowships and a Guggenheim Fellowship, among other awards and prizes.