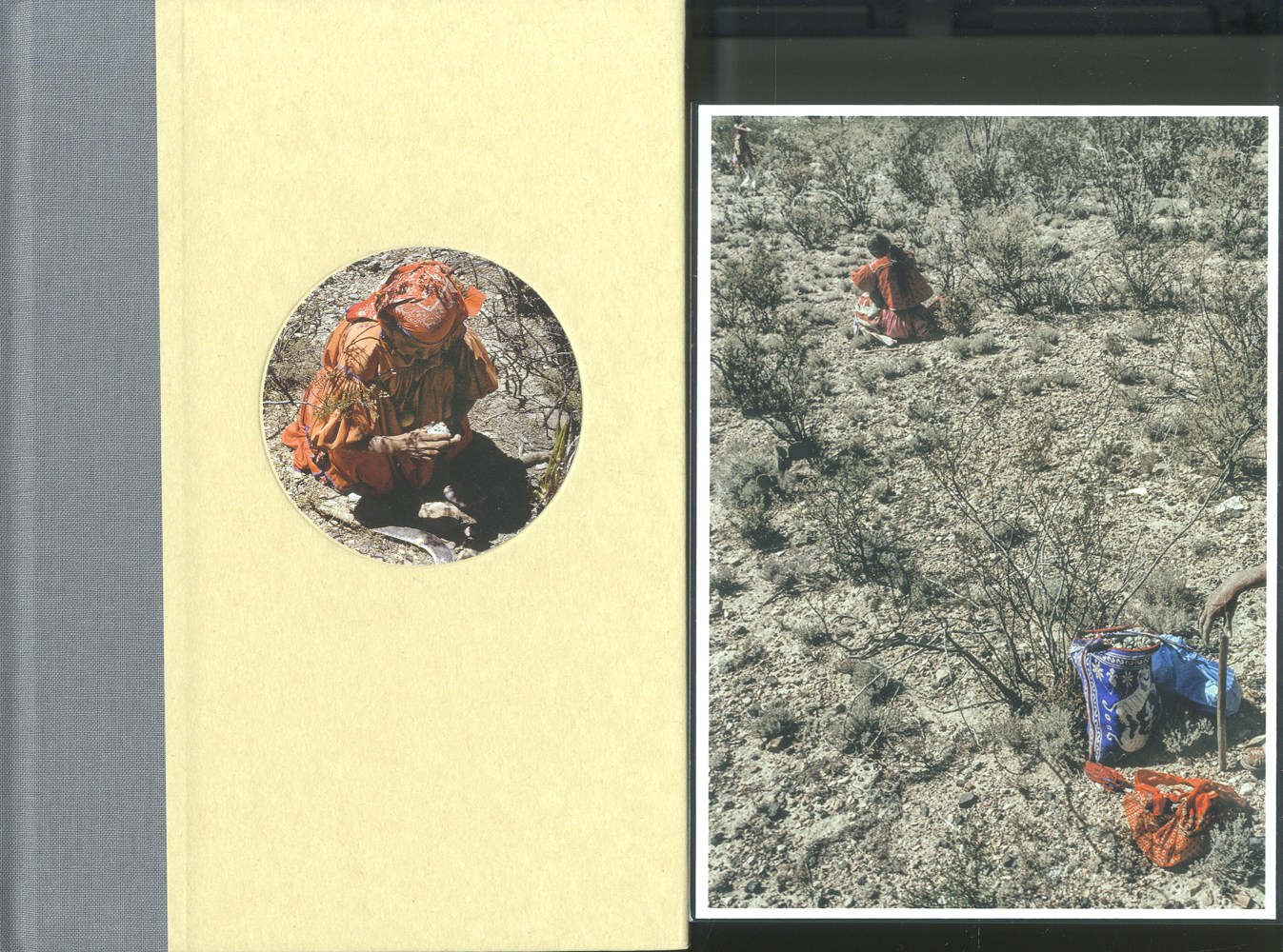 Peyote is limited to 500 numbered copies, each including a 5x7 inch original print that has been signed by the artist.

“Peyote, deer and corn are brothers. They are three like the three sides of a triangle and, at the same time, they are one, a multiple essence, a face that only Huichol can see…. Captain, who is in charge of the peyote gatherers, carries the staffs of power, decorated with multicolored ribbons and horns of deer. In the peyote dance, the leader carries the horns which he lifts up from time to time. The heart of the deer is the heart of all offerings.” — Ramón Mata Torres

A small, spineless cactus native to Mexico, peyote has been used for its psychoactive properties by indigenous peoples, such as the Huichol, for over 5,500 years. In his second publication with Nazraeli Press, and first contribution to our One Picture Book series, Ortiz Monasterio gives us a rare glimpse into the ceremonial uses of the plant.

Pablo Ortiz Monasterio is a Mexican photographer, writer and editor. He is widely recognized as one of Mexico’s most influential contemporary artists. Ortiz Monasterio’s work is widely exhibited and collected internationally.