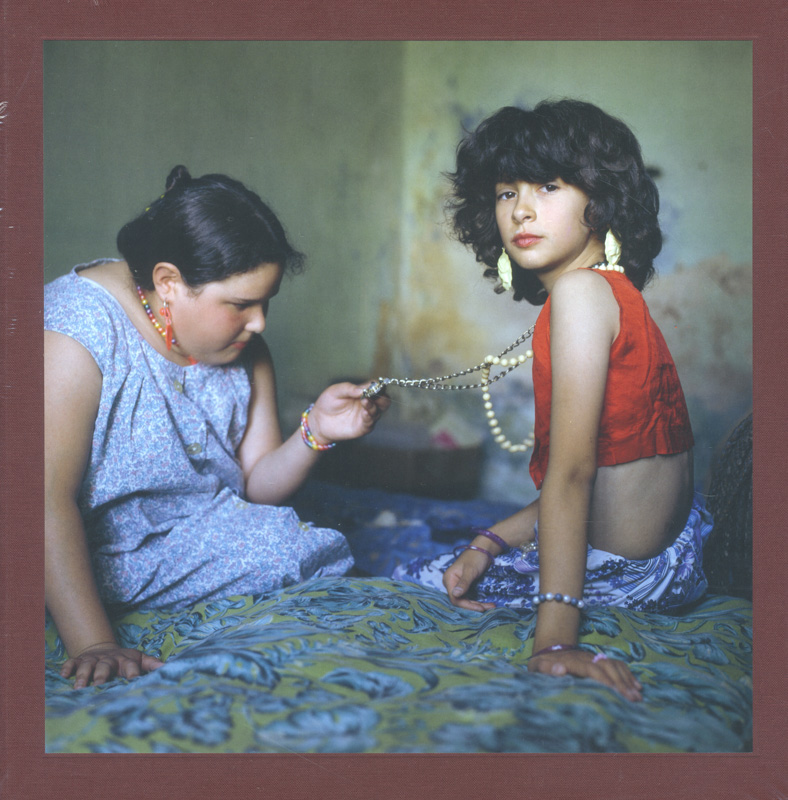 Signed by the Photographer this is the first reprinting by Mack Book 2021 For more than two decades, Alessandra Sanguinetti has been photographing the lives of Guillermina and Belinda, two cousins living in rural Argentina, as they move through childhood and youth toward womanhood. This volume, originally published in 2010 and reissued now as the first instalment of a trilogy, chronicles the first five years of their collaboration. Sanguinetti’s images portray a childhood that is both familiar and exceptional. The farmlands of western Buenos Aires province are a particular mix of the modern and traditional, where life is lived in consonance with animals and rugged landscapes. Against this backdrop, Guille and Belinda go through the childhood rites of dressing up and make believe, exploring and appropriating the world around them as they go. As they slip between roles, alternately performing for and being caught by Sanguinetti’s camera, the profound bond between the two girls is unmistakable. Approaching the precipice of early adolescence, their games are imbued with the poignant weight of their dreams and desires as the world of play meets that of reality. By depicting the lives of women and girls within the conventionally masculine world of Argentinan gauchos and farmers, Sanguinetti’s book interrogates the frameworks of mythologies of all kinds, honouring lives that are usually unseen. The Adventures of Guille and Belinda is a portrait of rural childhood at once quiet and poetic, in which the fantastic and the mundane are intimately entwined.

The following text was the publishers description for the first printing by Nazraeli Press, 2010. This is the story or, more accurately, part of the story, of two young cousins named Guille and Belinda. In 1999, when they were 10 and 9 years old and living in a rural province of Buenos Aires, their paths crossed with photographer Alessandra Sanguinetti. Drawn to the girls, whose evident affection for each other is somehow magnified by their mismatched physiques, Sanguinetti took pictures to "crystallize their rich yet fragile and unattended world". As with her previous, much-acclaimed monograph "On the Sixth Day" [Nazraeli Press, 2006] this work is far more than straight documentary. To witness the evolving relationship between Guille and Belinda is to be privy to a touching, entertaining and utterly captivating interaction. At the same time there is the subtle awareness of a second relationship, that of this delightful pair and their photographer. "The Adventures of Guille and Belinda and the Enigmatic Meaning of their Dreams" follows the cousins for five years, from pre-teen to adolescent, as they play, dream and unwind their way through the secret enchantment that is childhood.

“Sanguinetti’s photographs reveal a profound depth and tenderness in the girls’ friendship while capturing the extremes of life in Argentina: their world is alternately mundane and fantastical, brutal and thrilling.” – The Financial Times

“There is a cinematic quality in her work that, nuanced by a very particular use of natural light, returns the viewer to the real world without turning off the magic, emphasizing its degree of intimacy and poetry.” – El País