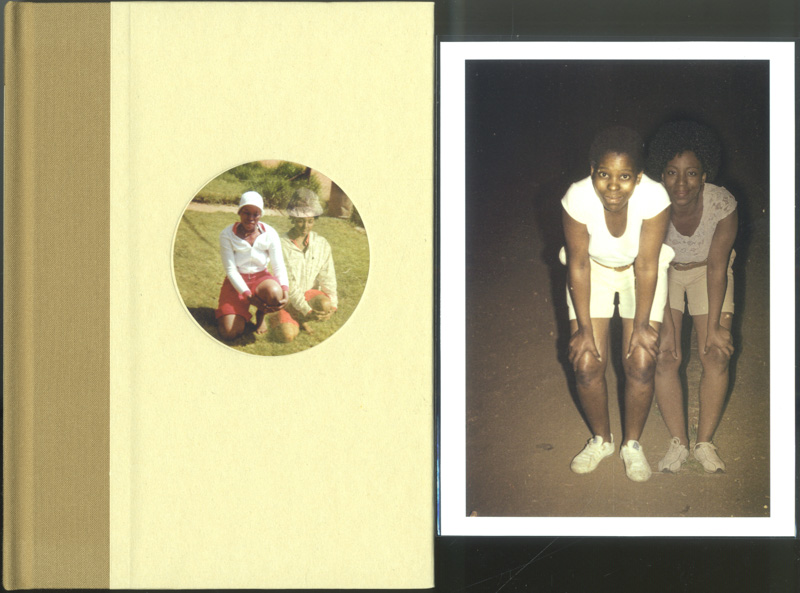 Ke Lefa Laka/ Her Story - 2 is limited to 500 numbered copies, each including a 5x7 inch original print that has been signed by the artist.

“In my attempt to make sense of my loss and as a post-grief, after my mother passed away, I started looking for pieces of her in her house. I found many of her photographs and clothes, which have always been there, but which I had ignored over the years. Photographs present us, therefore, not just with the “thereness” of the object but its “having-been-there”, thus having the ability to present a past, a present and future in a single image (Barthes, 1980, p.77). Like Barthes looking at the photo of his mother, we look at the person and see the trajectory of their life. The fact that no matter how alive they look, the photograph points to all of our mortalities. The essence of my mother that I identify in these photographs is, in fact, my essence, my constructions, my memories and fantasies of this person whom I met in only one capacity: namely, mother.” — Lebohang Kganye

We are thrilled to announce the publication of Ke Lefa Laka / Her-story by Lebohang Kganye. Comprising two volumes (Volume 1 is available here) in our One Picture Book series, this important body of work was created in 2012-2013.

Kganye's work is centered around personal and familial history. Her series Ke Lefa Laka: Her-story stems from confronting grief from the loss of her mother, while maintaining a connection to her and generational history. The title translates to “it’s my legacy” in seSotho. Kganye explains, “That work just came on its own, somehow it gave birth to itself through me.”

Lebohang Kganye was born in 1990 in Johannesburg, South Africa, where she currently lives and works. Kganye received her introduction to photography at the Market Photo Workshop, in Johannesburg, in 2009 and completed the Advanced Photography Programme in 2011. She obtained a Diploma in Fine Arts from the University of Johannesburg in 2014 and is currently doing her Masters in Fine Arts at the Witwatersrand University. Notable awards include the Grand Prix Images Vevey 2021/22, Paulo Cunha e Silva Art Prize, 2020, Camera Austria Award, 2019 and the finalist of the Rolex Mentor & Protégé Arts Initiative, 2019.

Ke Lefa Laka Volume 2 is limited to 500 numbered copies, each including a 5x7 inch original print that has been signed by the artist.