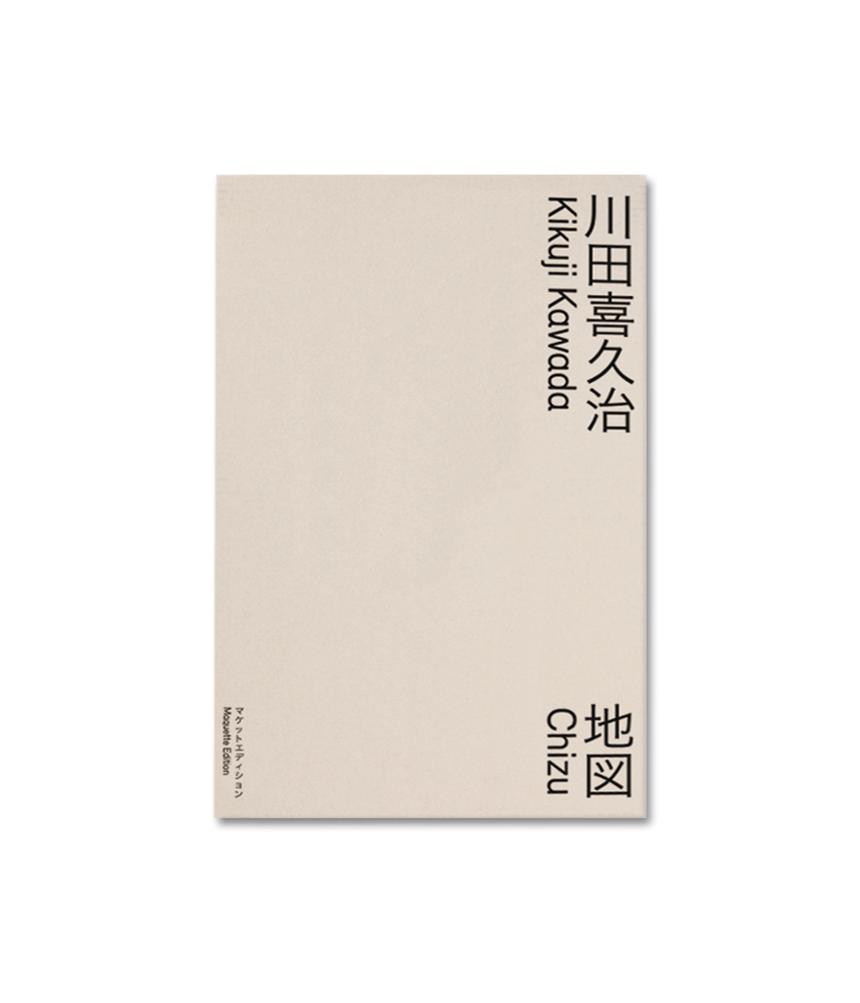 Kawada’s The Map / Chizu is the most famous and sought after book in the history of Japanese photography and has seen numerous editions since its original publication in 1965. However, this iconic volume has only even been seen in the form which emerged out of Kawada’s collaboration with the noted graphic designer Kohei Sugiura. This MACK version is a facsimile of the original two-volume maquette, a unique object discovered in the holdings of The New York Public Library, and which is the form of the book first settled on and designed by Kawada and Sugiura. A revelation in its own right, this edition includes an accompanying bilingual booklet featuring new scholarship by Joshua Chuang and Miyuki Hinton, together with an extended interview with the artist, detailing the evolution of one of the greatest photobooks ever made.

Two hardback books, each with a jacket, plus one paperback booklet with leporello fold. Housed in a buckram bound hardback slipcase, protected in a printed cardboard mailer

The Map by Kikuji Kawada Originally published on August 6, 1965, the twentieth anniversary of the bombing of Hiroshima, The Map (Chizu) by Kikuji Kawada is a true icon in the history of photographic publishing. Its status as the ultimate photobook-as-object,© coupled with its scarcity, combined to make it one of the most famous and sought-after photographic publications in existence. The Map combines powerful graphic design with a masterful photographic narrative exploring recent Japanese history its imperialistic past, western-influenced popular culture, and brutally violent clash with the United States. The photographs, many visible only with the opening of the multiple gatefolds, capture on high-contrast film scenes of places and objects seared with the memory of horrific wartime events, from the atomic-bomb dome in Hiroshima to a trampled Japanese flag.

Originally published on August 6, 1965 to commemorate the bombing of Hiroshima, the guiding idea of Kikuji Kawada's memorial is archaeological layering. Using multi-panel foldouts, the "various layers inside peel away like archeological strata. The whole process becomes one of uncovering and contemplating the ramifications of recent Japanese history. Kawada's photographs are a masterly amalgam of abstraction and realism, of the specific and the ineffable, woven into a tapestry that makes the act of reading them a process of re-creation in itself. In the central metaphor of the map, in the idea of the map as a series of interlocking trace marks, Kawada has conjured a brilliant simile for the photograph itself: Scientific record, memory trace, cultural repository, puzzle, and guide"