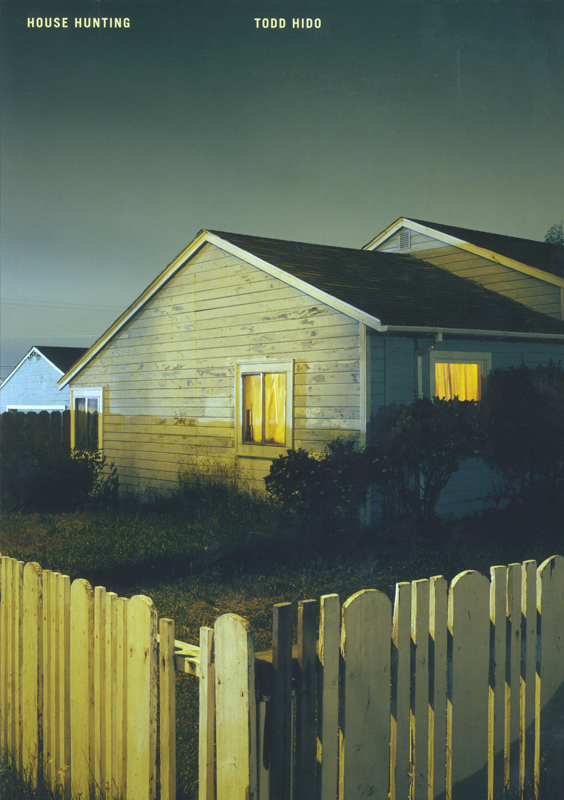 ?Todd Hido?s large color photographs of suburbia are lonely, forlorn, mysterious? and strangely comforting. Hido photographs the interior rooms of repossessed tract homes, and the outsides of similar houses at night whose habitation is suggested by the glow of a television set or unseen overhead bulb. Seldom does the similar evoke such melancholy. Yet rather than passing judgment on his anonymous subjects, Hido manages to turn the banal into something beautiful, imbuing his prints of interiors with soft pastels, and allowing the exteriors to glow in the cool evening air.?

? From our description of the first printing of House Hunting, announced in 2000

We are excited to announce a newly remastered edition of Todd Hido?s iconic and highly sought-after first monograph, House Hunting. To celebrate the upcoming 20th anniversary of this important book ? certainly one of the most influential and oft-cited photography monographs of our time ? we have collaborated closely with the artist to achieve a new impression of the highest possible fidelity. Printed on heavy weight matte art paper, using cutting-edge technologies in both the pre-press and production phases, this new edition of House Hunting stays true to the original design and format while delivering even more accurate color rendition and nuances in tone and saturation. It will be a welcome addition to collections lacking access to the very scarce original printings; and to those fortunate enough to own a copy of the original edition, it further illuminates the images themselves that first catapulted the artist and his first monograph to fame.

Todd Hido?s photographs have been the subject of solo exhibitions at the Cleveland Museum of Art, the Kemper Museum of Contemporary Art, Kansas City, and most recently at the Mus�e des Beaux-Arts, Le Locle, Switzerland. Other major institutions that have exhibited Hido?s work include the Carnegie Museum of Art, Pittsburgh, Pennsylvania; Corcoran Gallery of Art, Washington D.C.; Museum of Contemporary Photography, Chicago; Miami Art Museum, Florida; Netherland Architecture Institute, Rotterdam; Palazzo Ducale, Genova, Italy; Samsung Museum of Modern Art in Korea; and the San Francisco Museum of Modern Art. His work was recently on view in the 49th edition of Les Recontres d?Arles, France.

Work by Hido is held in public and private collections including the Guggenheim Museum, New York; Los Angeles County Museum of Art; San Francisco Museum of Modern Art; the Whitney Museum of American Art, New York; the Art Institute of Chicago; the Smithsonian; and Fotomuseum Winterthur.

This new edition of House Hunting is limited to 4,000 copies.