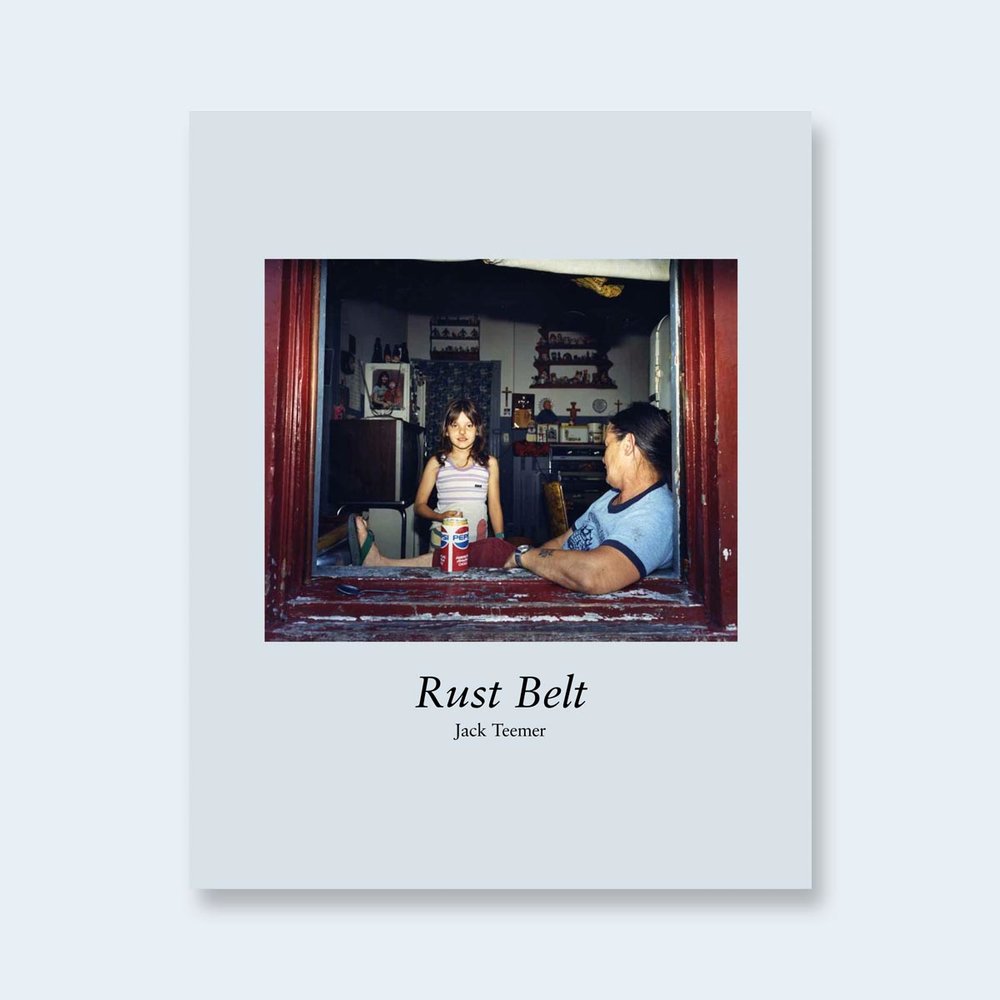 ?Jack D. Teemer?s photographs taken in American Rust Belt cities during the 1980s examine the ways in which neighborhoods and urban infrastructure have been shaped by the industry that surrounds them. His pictures quietly celebrate the ways in which humans strive to live together in the shadow of manufacturing?even in its decline.

Cinematic vistas, presenting a wide view of a city?s urban structure, set the stage for pictures that focus more narrowly on neighborhoods and individual yards. Bridges and freeways loom over homes and restaurants; fences surround each home; signs, automobiles and gardens crowd each yard; children jump from porches and play with hoses. Although many of these yards have seen better days, the diverse residents of communities who call them home cultivate and enliven their small plots of land. Teemer records these distinctive American Rust Belt stories, from the cities on the verge of economic and civic recovery to the families who live boisterously in close quarters, with great care for the human experience.? ? From the Introduction by Lisa Sutcliffe, Herzfeld Curator of Photography and Media Arts, Milwaukee Art Museum`

Jack D. Teemer (1948?1992) photographed working-class neighborhoods in cities like Cincinnati, Columbus, Cleveland, and Dayton, often focusing on residential backyards. This intimate approach affords the viewer insight to various societal factors such as economic conditions and zoning, as well as revealing how individuals in dense neighborhoods shape their own private spaces through landscaping and decoration.

In the early 1980s, Teemer joined an expanding group of practitioners who embraced color photography, and challenged the notion that it was somehow subservient to black-and-white photography. His work was presented alongside several preeminent color photographers such as Joel Meyerowitz, Stephen Shore, and William Eggleston in the important survey, American Independents: Eighteen Color Photographers (Eauclaire, Abbeville, 1987).

Two decades later, after Teemer?s death, it was featured in, Where We Live: Photographs from the Berman Collection (Getty Trust Publications, 2006). This group exhibition and subsequent book placed Teemer?s work within a meaningful dialog with other photographers who have described aspects of the American social landscape.