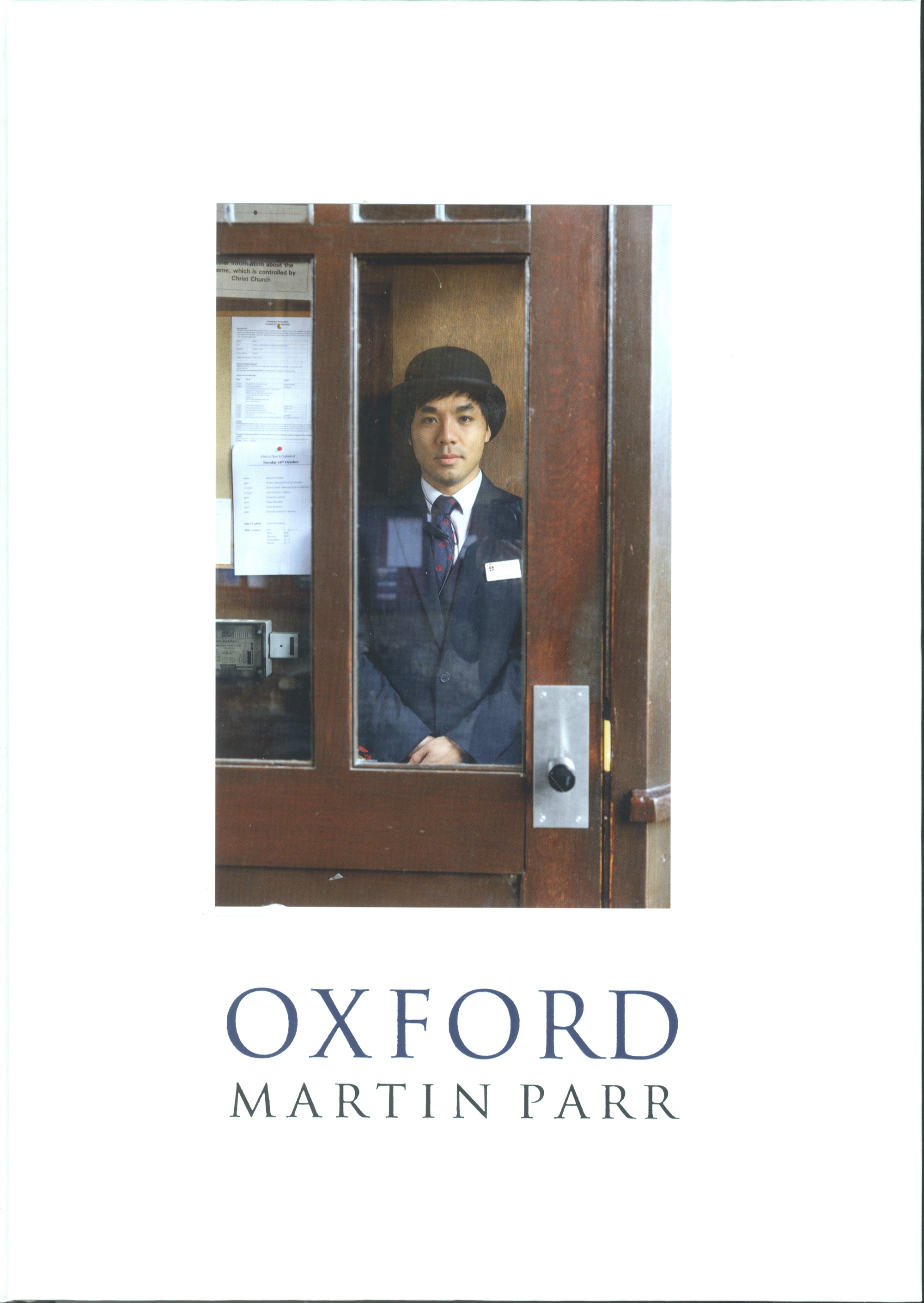 Signed by the photographer

From Morris Men and Tortoise Keepers, Don's and undergraduates, the boat race and thrashing, Martin Parr, one of Britain's best-known contemporary photographers, and President of Magnum, the world-famous photographic agency has undertaken a photo-documentary book project. Oxford is a collection of around 100 photographs documenting an academic year in the life of the university. They capture the day-to-day life of the colleges and University at work and play, and the colourful and arcane rituals that make it so distinctive.

His photographs are accompanied by an extended afterword that draws on, and enriches, the photographic material and penned by Simon Winchester, OBE, the British writer, journalist and broadcaster.

The very first photo-documentary of Oxford was created by William Henry Fox Talbot. A century and a half later, Martin Parr's new project pays tribute to the great the pioneer of photography, and coincides with the Bodleian Library's bid to secure his personal archive.