JB About men floating in the air 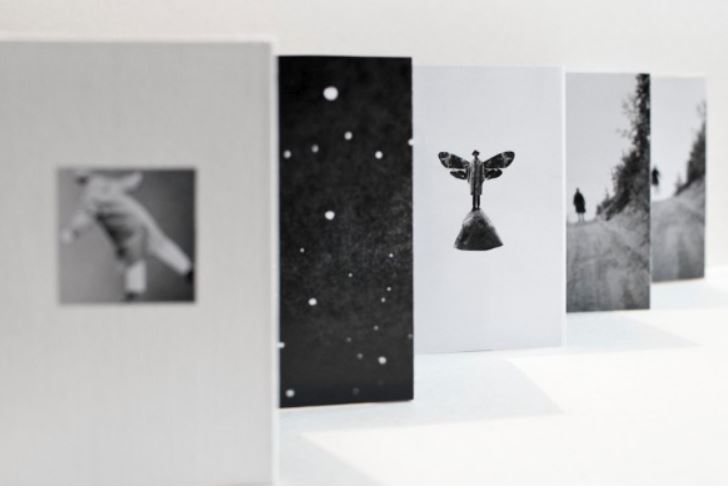 The second edition of 300 signed and numbered copies

"J.B. about men floating in the air" was inspired by the story of two Lithuanian-American pilots who tried to set a new world record by flying over the Atlantic into Eastern Europe in the early 1930s. I found a reference to the attempt in a Joseph Brodsky poem and decided to create my own ?parallel world? in black-and-white images.

My story is about the dream of every person to break out from the vice of all kinds of prohibitions and fly away to a distant unknown in search of unlimited freedom and find there his true motherland and real home.

Also it is a story about a personal attempt doomed to fail to find a way to himself through time and space, breaking the invisible boundary between himself and his mirror twin, the mortal Castor and immortal Pollux.

In the result the book was made in Leporello format, which allows the viewers to choose how to browse the images and find their own ending in this story.

Source 88: The Photobook Issue The Greatest Photobooks of All Time: selected by Larissa Leclair;

Tate Library Collection, the bibliographic collection of The Municipal Archives of Lisbon

See our other handmade books by Julia Borisova