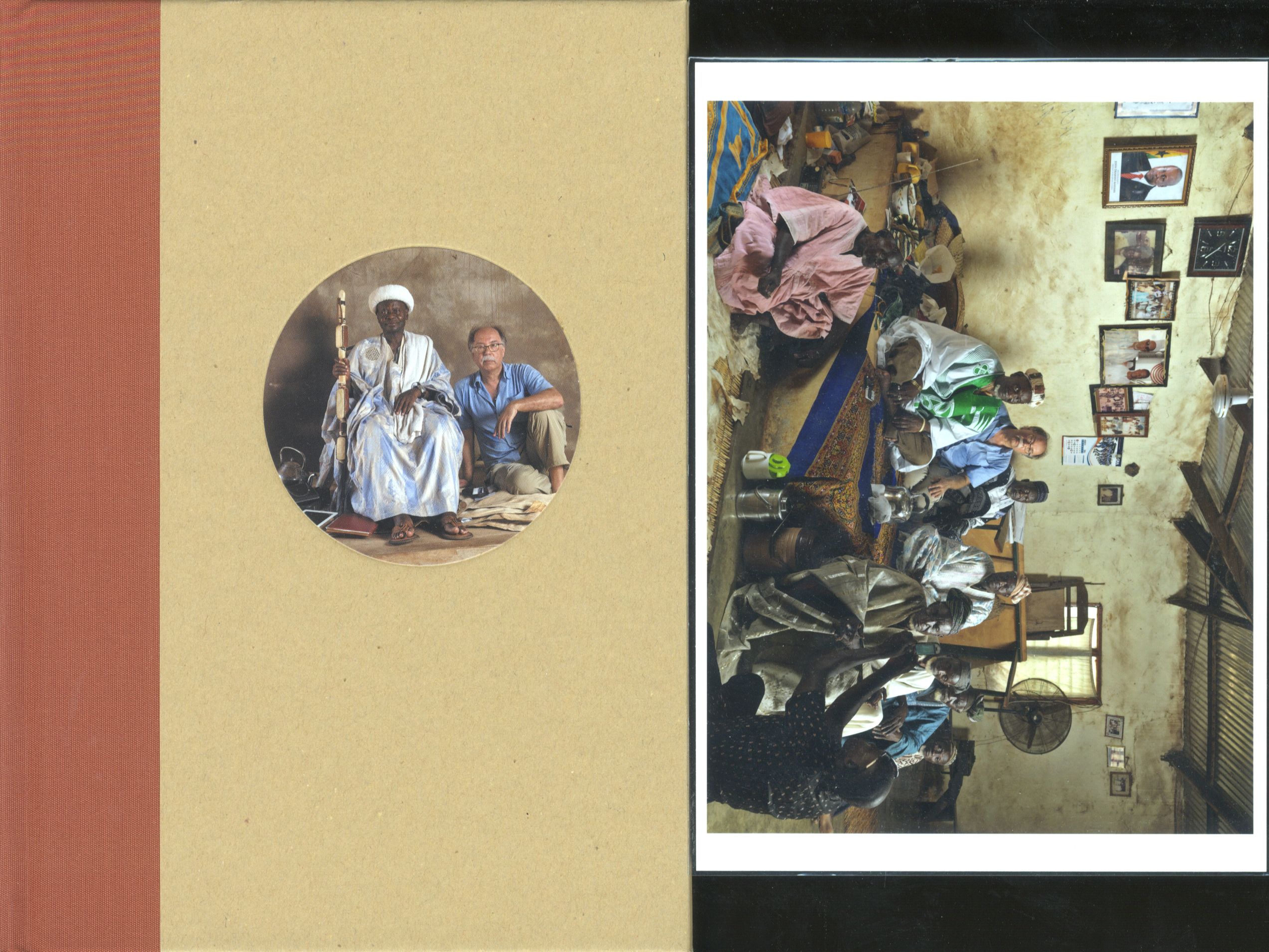 ?The Sweating Subject is a series of group portraits of tribal chiefs and their court, which includes myself, photographer Jan Banning. All are members of the Gonda or Dagomba tribe in the Northern Territories of Ghana ? except for me: I am from the Netherlands. I came to Ghana on an assignment to photograph the mixing of tradition and modernity and was invited by the chiefs to have my photo taken with them.

Much has already been said about the power of the photographer who travels the world and records ?the other?. But although the camera position, lighting and other aesthetic and technical details for these photographs were determined by me, I am just as much an object as all the other people portrayed. They are ?selfies? without self-determination: in the end it was my driver or one of my interpreters who decided when to press the button. And although formally the photographer, I was as expectant and powerless as everyone else at the decisive moment.

The Sweating Subject recalls colonial photography in which we see a white man pose as the big boss together with his nonwhite ?subjects?. But this white man is a lot less imposing as he sits in the midst of the chiefs and their courtiers who, despite their heavy and warm ceremonial clothes, look proud, dignified and completely in their element. In fact, he looks like a stranger, misplaced and perspiring heavily, so unsuited is he to the climate.? ? Jan Banning

The Sweating Subject is limited to 500 numbered copies, each including a 5x7 inch original print that has been signed by the artist.