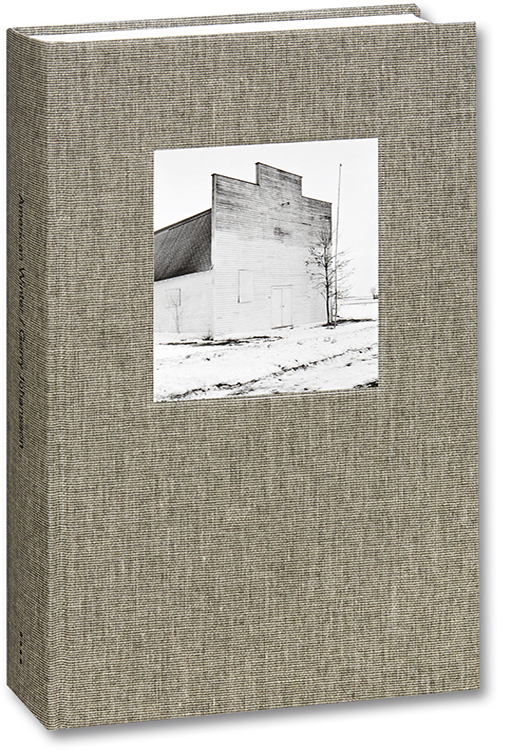 Since the early eighties, Gerry Johansson has made quiet pictures of quiet places, often lying in the shadows of industrial decline. For American Winter, Johansson travelled through semi-deserted towns in Kansas, Nebraska, South Dakota, North Dakota, Montana, Wyoming and Colorado, finding as much beauty as there was misery in landscapes cloaked in snow: an isolated church floating in a mottled sea of white; leafless trees lining endless highways leading to nothing; long shadows cast on vernacular architecture in the season?s merciless sun. In his photographs time appears to stand still: neighbourhoods that once possessed the allure of Art Deco architecture, or the glory of bustling Main Streets, are now home to abandoned school buildings and cars parked decades ago. Johansson?s ascetic framing and sensitivity to light lends itself to the scenery and the sense of hopelessness evoked by these neglected places.

Gerry Johansson (b. 1945) is a Swedish photographer who developed an interest in photography during his teen years and moved to New York in the early 1960s. He later studied graphic design at Konstindustriskolan (today the School of Design and Crafts at the University of Gothenburg), working in graphic design for fifteen years. Since the mid-1980s he has worked as a freelance photographer. His first solo exhibition was at the Fotografiska Museet at the Moderna Museet, 1982. Supplement: Deutschland is the final book in the series of geographically focused publications starting with Amerika (1998), Sverige (2005), Kvidinge (2007), Ulan Bator (2009) and Pontiac (2011), Deutschland (2012), Antarktis (2014), Ravenna (2016) and Tokio (2016).